September 2020 YELLOW IS FORBIDDEN is now available to watch on demand.

YELLOW IS FORBIDDEN had its World Premier at Tribeca Film Festival, New York In Competition and Opening Weekend.

“Yellow is Forbidden, has just become the first New Zealand film to screen in competition at the prestigious Tribeca Film Festival in New York”. Radio interview over here.

YELLOW IS FORBIDDEN is a modern day Cinderella story where the brave, diminutive and daring heroine’s dream doesn’t end at the ball…  Guo Pei is chasing every designer’s fantasy – to become part of the exclusive yet savage world of Haute Couture.

It’s an unprecedented story, taking the viewer inside the world where Guo Pei creates magic…

We sucessfuly raised $22k by crowd funding on Boosted . Thanks to everyone who helped out.

There is a story about Rihanna wearing the Yellow dress over here. 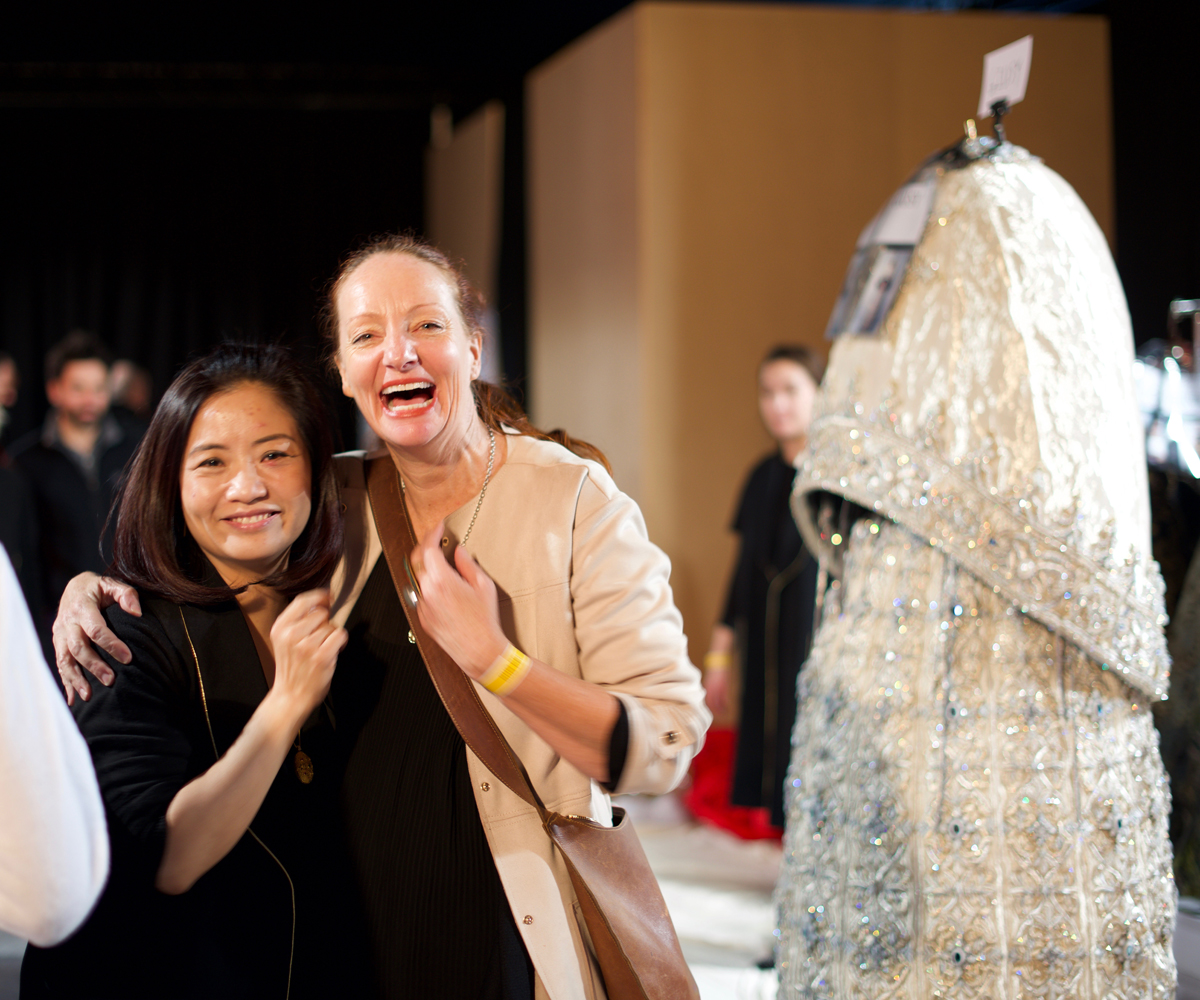 “This wide-eyed, childlike attention to detail is the most endearing and fascinating component of filmmaker Pietra Brettkelly’s visually stunning new documentary about Guo, Yellow Is Forbidden.”

“Documentarian Pietra Brettkelly offers up an intimate, involving portrait of Chinese fashion designer Guo Pei.
Rihanna did it. The Barbadian pop singer sparked an off- and online frenzy when she wore a 55-pound yellow dress constructed of gold thread and fox fur on the 2015 Met Gala red carpet. Soon after all heads turned, the spotlight shifted to the gown’s creator — Chinese fashion designer Guo Pei, the subject of a compelling and stimulating new documentary by New Zealand filmmaker Pietra Brettkelly (A Flickering Truth). “

FASHIONMAGAZINE
Meet the Designer Behind Rihanna’s Meme-Generating Met Gala Cape
She’s the subject of a film screening at the Hot Docs Canadian International Documentary Festival this year
By Pahull Bains Date May 1, 2018

“Chinese designer Guo Pei may not have even heard of Rihanna until the superstar decided she wanted to wear one of her creations to the Met Gala in 2015 (the year the theme was ‘China: Through the Looking Glass’), but she will remain forever indebted to her for imbuing one of her favourite creations—a scene-stealing gold cape—with a second life.”

THE GLOW UP / THE ROOT / Maiysha Simpson

“It’s so beautiful. It sort of takes you by surprise.”

“so very glad I had the opportunity to see the film, prior to the fest!… I was drawn in on several levels, while watching: by the bold choices in its visual/aesthetic approach, by the fluidity of coverage (in which the cities interweave w/ a rhythm) — and I was of course drawn in by the mercurial, uber-talented designer, herself… the gorgeous show as the film comes to a close, featuring Carmen, is quite a wow to end out on!… speaking of which, I also thought the opening was great… okay, hope that’s helpful… we look forward to covering it!”

“I thought it was a gorgeous and extraordinary movie. I this is perhaps the best fashion documentary I have ever seen, and I have seen many over the years. It barely even seemed like a documentary. It was truly compelling and played like a sophisticated narrative film that was well directed and had ingenious cinematography.
I truly thought the film was thrilling and inspiring at the same time as being well grounded and realistic. I left wishing I could see some of her dresses in person. (In fact, I wanted to be able to rewind the movie at some places so I could look more closely and more slowly at the dresses. And I wanted to see that final fashion show uncut from beginning to end. Although, I know this would not have served movie, only satisfied my personal fascination with her work.)

I will definitely write about this film. I will also tell you that it brings to mind the Through The Looking Glass fashion exhibit at the Metropolitan Museum a few years ago (which was about the history of Chinese-inspired fashion in the western world, and turned out to be quite controversial) and then the documentary film about the exhibit that came out a couple years ago – First Day in May. I wonder if Guo Pei saw that exhibit and what she would have thought about it, along with the cultural and creative issues it raises.”

This is the Hotdocs Toronto preview in Toronto’s premier magazine NOW.