“I felt I was in the hands of a master storyteller.” Still in Motion magazine 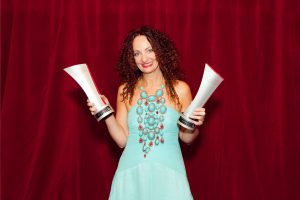 I am truly passionate about everything I do – the risks I’ve taken in making some of my documentaries exhibit either passion or craziness. I have always been excited by stories that matter, the personal journeys that reflect a bigger issue – my Irish heritage has not only given me red hair but also a thirst for story-telling.

With parents that took me everywhere from Papua New Guinea to Portugal, they encouraged a wonder and appreciation for the diversity of peoples and their stories.

“Pietra Brettkelly’s enigmatic rendering … is not a straightforward artist’s profile, political commentary or domestic drama, but a poetic fusion of the three.” Peter Debruge, Variety

I have been supported by the Sundance Institute, Gucci Tribeca Fund, BritDoc, the Binger Film Lab and the New Zealand Film Commission.

In 2012 my film MAORI BOY GENIUS premiered in competition at the Berlin Film Festival.

In 2003 my film ‘Beauty Will Save the World’ took me to Libya for that country’s first ever beauty pageant and an interview with the “mad dog of the Middle East” Colonel Muammar Gadaffi. The film premiered at the American Film Institute Film Festival in Los Angeles and later at Hot Docs International Documentary Festival, Toronto and IDFA in Amsterdam.

My films have a considered quietness to them, an approach that allows subjects to tell their stories in a cinematic film. I treasure the honesty and the privilege people grant me in capturing and documenting an often pivotal time in their lives.

“Pietra Brettkelly’s engimatic rendering … is not a straightforward artist’s profile, political commentary or domestic drama, but a poetic fusion of the three.” Variety Magazine

I am currently at work in China, France and the US on a new film.