About ‘A Flickering Truth’ Andrew Pulver, from The Guardian says:

Here is an outstanding film from the New Zealand director Pietra Brettkelly that starts off slowly, but builds into a revelatory document about Afghanistan and its current travails. Its unlikely vehicle is the attempt to restore and rescue the Afghan film archive in Kabul, trashed by the Taliban in a religiously inspired frenzy. Afghan film-maker Ibrahim Arify, living in Germany, returns to take command of the project, exhibiting visible frustration at the backwoods ways of his compatriots’ – both the finagling day labourers and the ingenuous Isaaq, the aged caretaker who lives in the office.

To see this film at the NZ Film Festival check here

“Following the approach of the great documentary maker Frederick Wiseman (In Jackson Heights), Brettkelly’s crystal-clear images are unaccompanied by title cards, talking heads or, perhaps most ambitiously, voiceover, so the viewer is flung into the world of the film and forced to be part of the action. The very real physical threat of the world depicted becomes all too apparent, heightening the importance and urgency of the work Arify is undertaking. Film preservation has never looked so important or so current. — TW”

In A Flickering Truth, we meet the dedicated cinephiles who are now excavating, preserving, and restoring thousands of hours of film footage, both drama and documentary, from Afghanistan’s cinematic past. New Zealand wide release for ‘A Flickering Truth’ is August 25th. 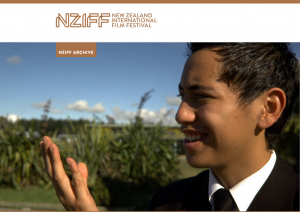 Have loved being at the q and a of my film screening as part of the NZ Film Festival. Tauranga and Hawkes Bay coming up.

And also sending off funding applications for my next film tentatively titled FLICKERING TIME BOMB, that I’ll start filming in October in Afghanistan. Very exciting.